The “Hypermono” race bike project is the brainchild of Chris Cosentino. Chris is a genius engineer who likes to build everything his way from scratch. I got word from a mutual friend that Chris was building his own single cylinder race bike, creating an engine from a donor V2 Ducati Panigale engine in a completely bespoke frame. It seemed to be a wonderful side project to get involved in, so I took up the challenge.
This is one of two race bike projects that I took on in order to give me a “real world project” to gain experience using the “Gravity Sketch” (GS) VR modelling software. The other being the “Lightfighter”.

This project is still on-going. The bodywork is only 3D printed (on a 3D printer that Chris build himself from scratch!) which still need to be reproduced in carbon fibre and the engine isn’t quite yet running (Oct. ’22). Photographed at this stage by the legendary Michael Lichter and covered by Bike EXIF among many other publications. Presented at “The One Show”, Sturgis, and Barber Motor Park.

Whilst I don’t normally “sell” my skills as a motorcycle designer – focussing more on realising the designs of others – it is nice to stretch my old design muscles once in a while, so I worked solo on this project, both as designer and modeller.

I go into some depth on the Lightfighter portfolio page as to the advantages of Gravity Sketch as a collaborative tool, however on this project I was flying solo most of the time. Still, it has huge advantages when you are both the designer and modeller, as I didn’t need to wait for permission or instruction to try out an idea. Seeing and working on the bike in true human perspective, at 1:1 scale gives you all the advantages of a clay model with none of the mess, waste or expense. Plus, it turns out that it’s far better to be able to see the bike in the right colours than all monochromatic brown… who knew!?

Furthermore, the ability to have direct reference to the engineering package, and clearance surfaces for moving parts like suspension and handlebars I could start to think of a number of construction innovations that could be applied to the bodywork.

Due to the funny front end for example, mounting points for the front fairing could not be in the usual spot between the forks. This was solved by bridging a single component over (and under) the top yoke that provides a sturdy backbone not just for the front fairing panels and windscreen, but also the speedometer, the aerodynamic downforce generating wing, one side of the ducting for ram air induction, and ducting for bleeding air into the low pressure cockpit area.

The benefits of doing this project in VR are have been so significant, that I can scarcely convey them all here effectively, but let’s try…

I’m sure I’ll update this page once the bike gets to the next stage of it’s development.

All in all, this and the Lightfighter project have provided a pivotal moment in my professional career. Never again can I do a project without using the power or VR. Noone should. 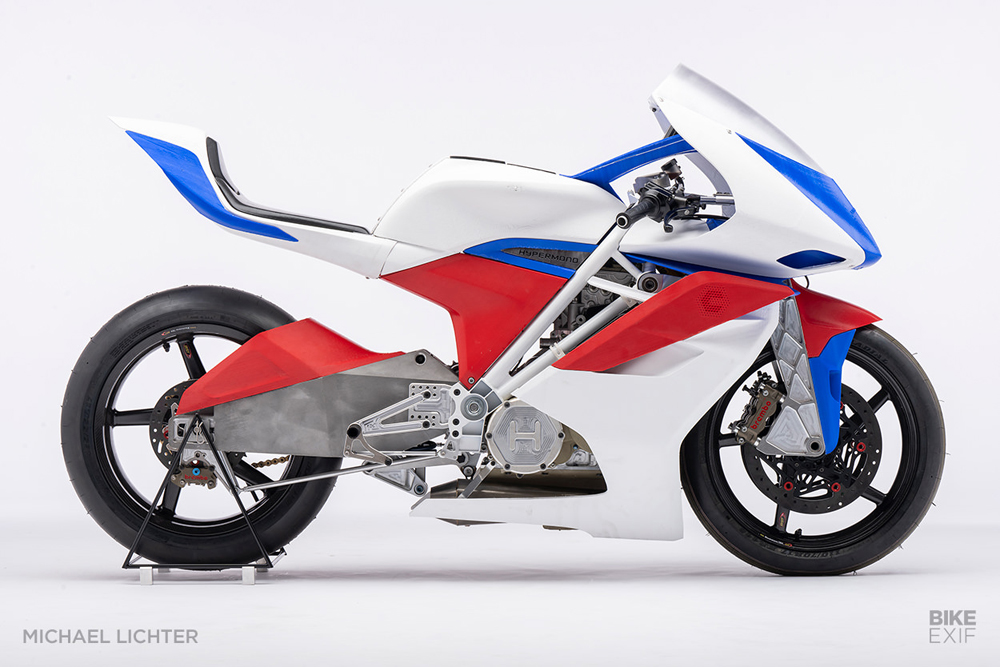 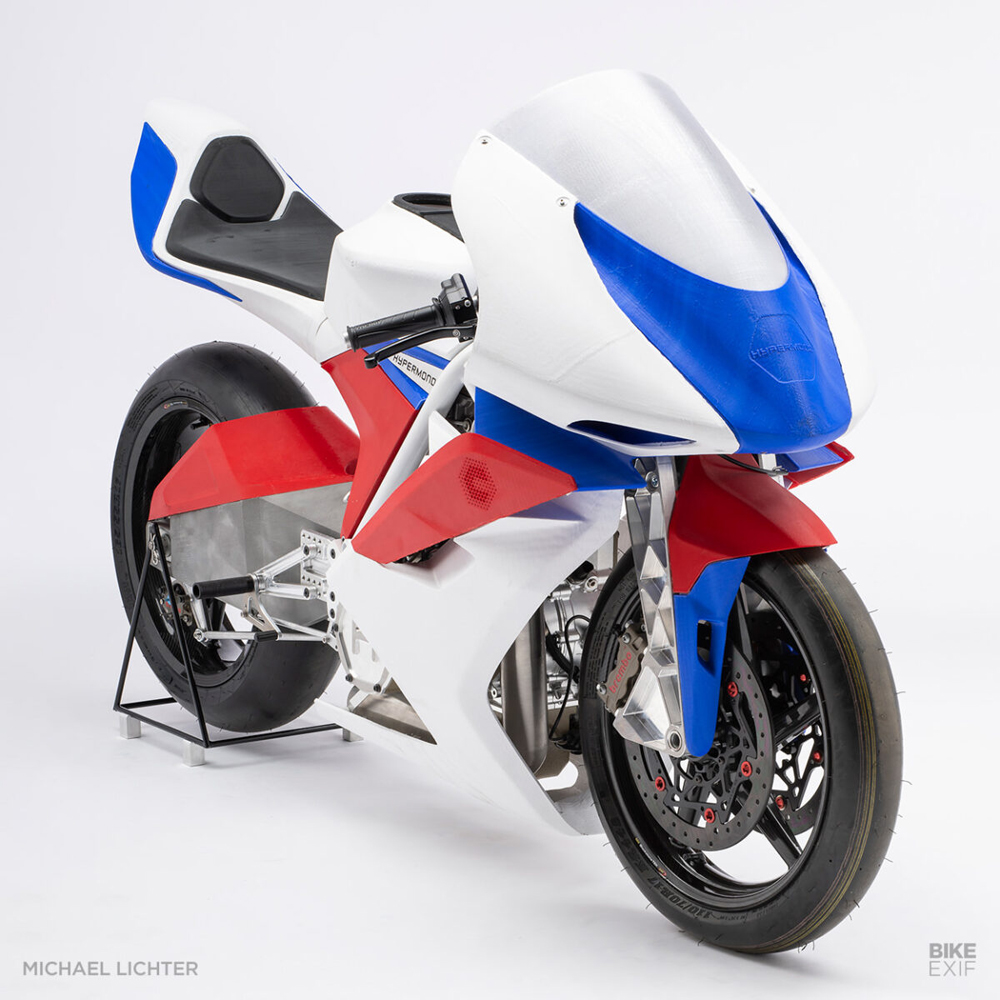 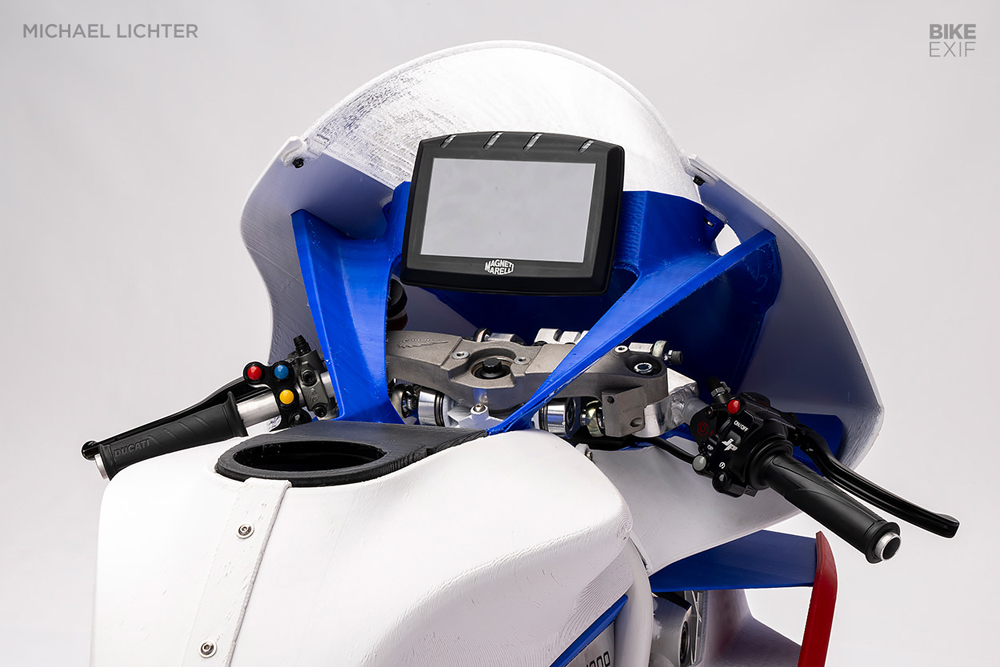 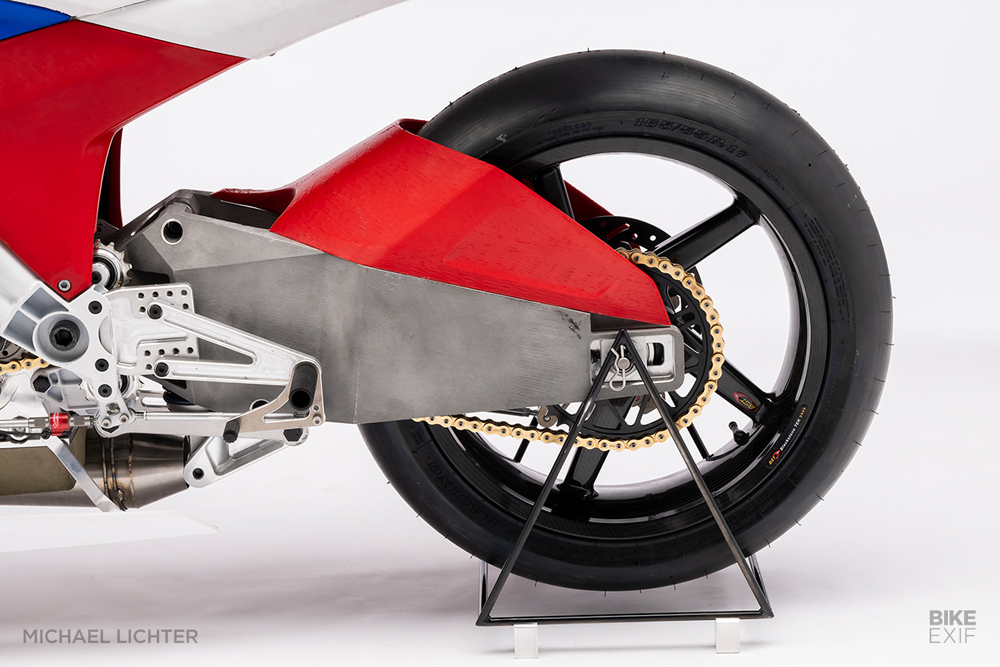 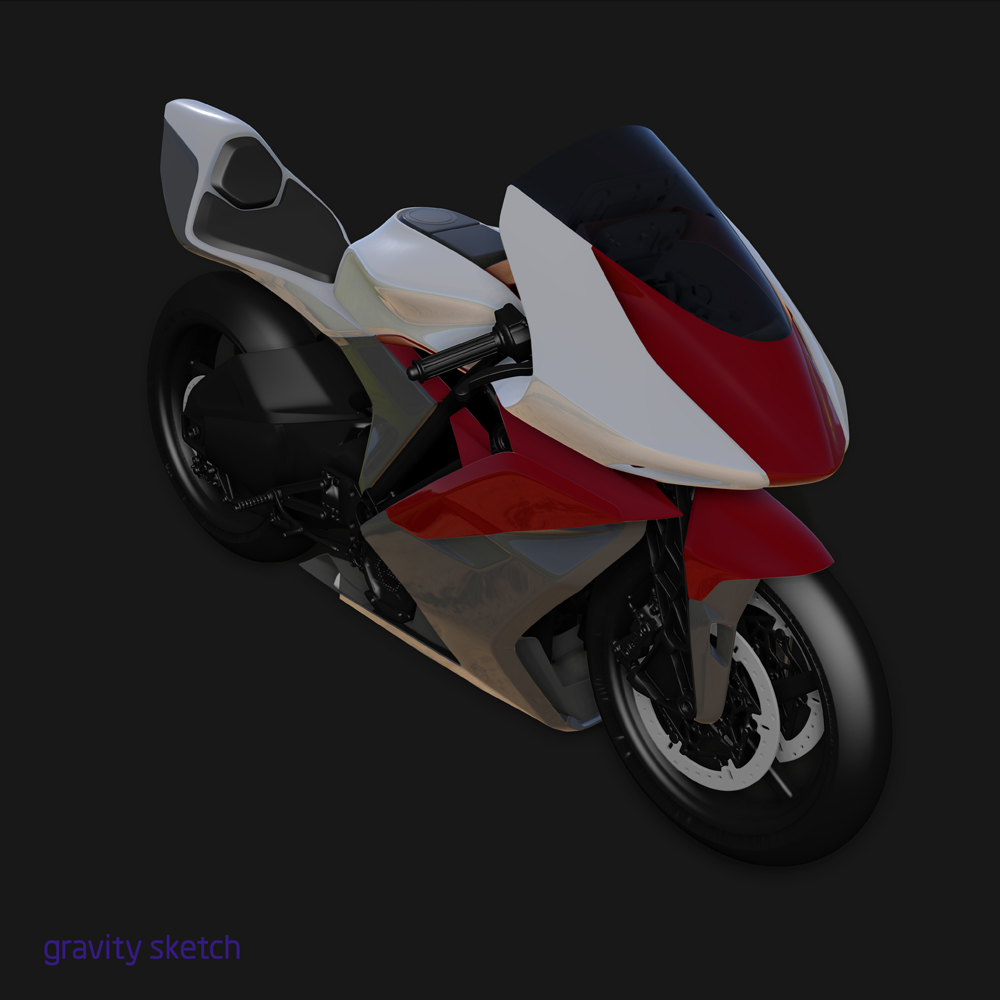 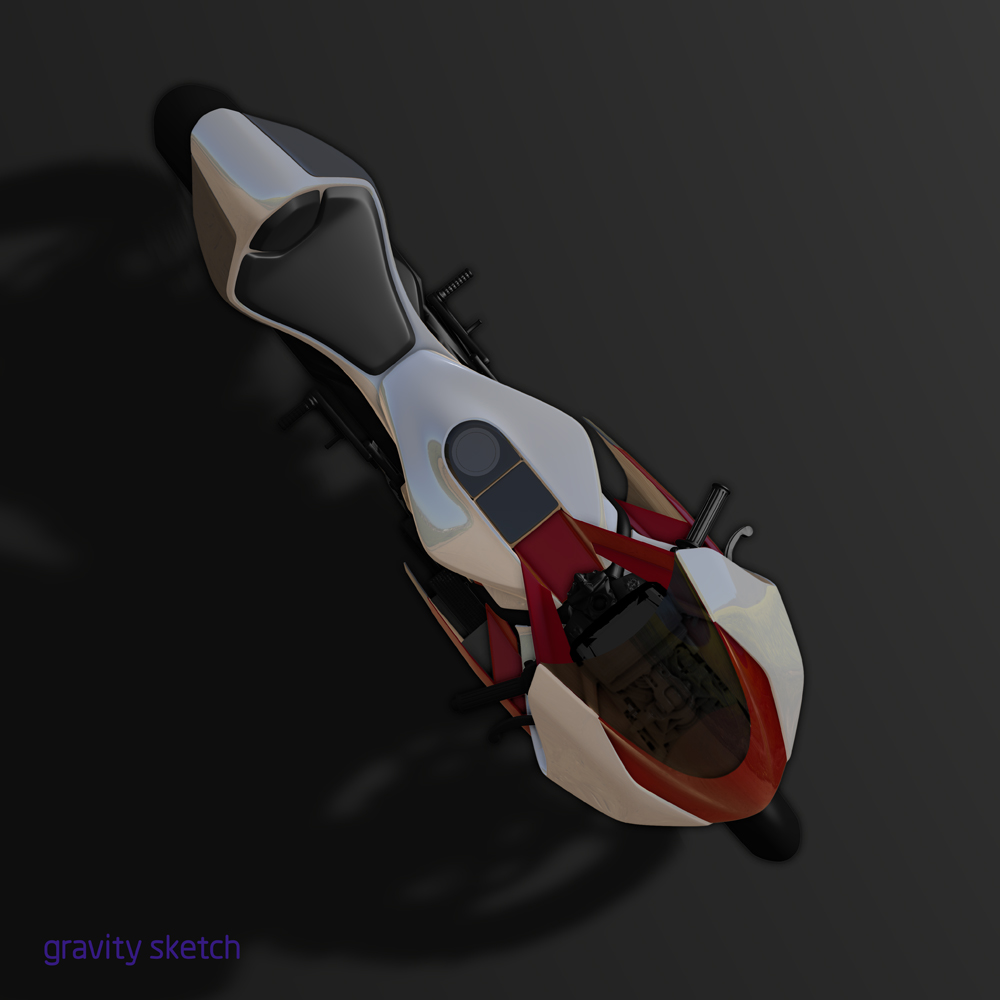 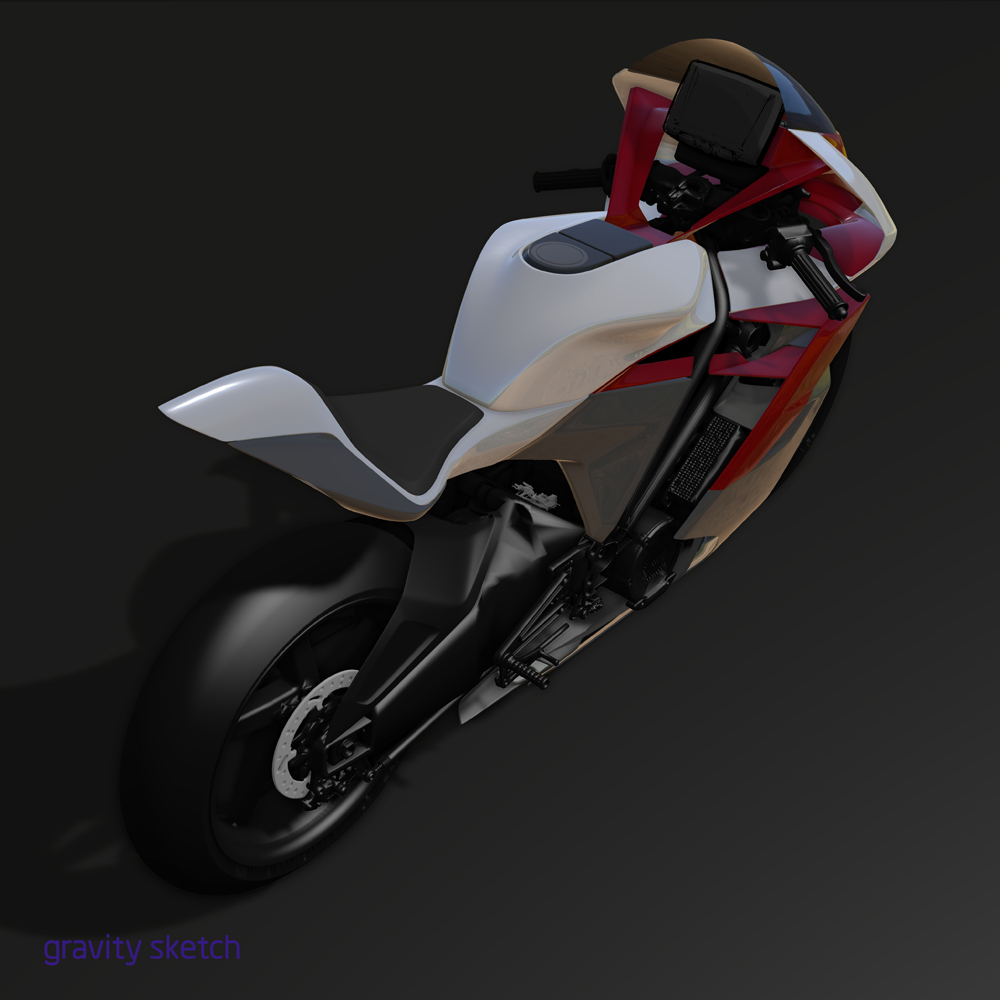 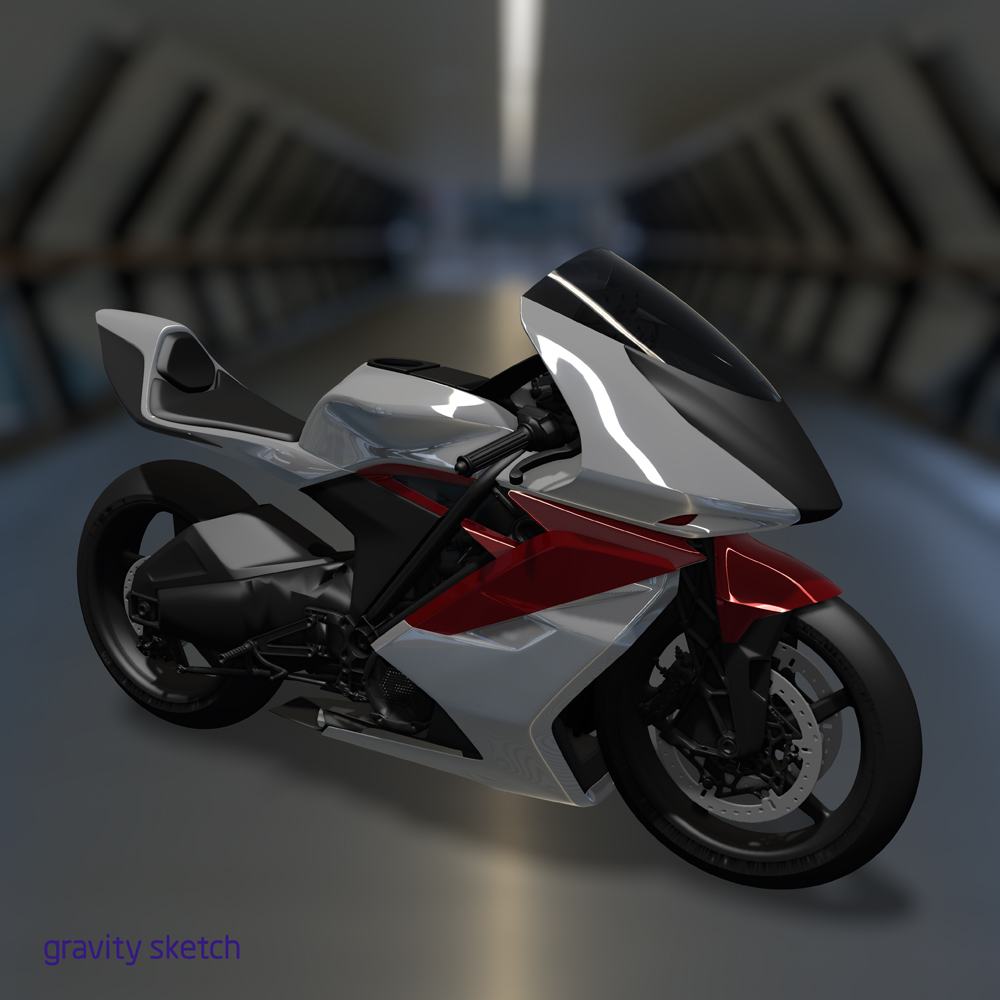 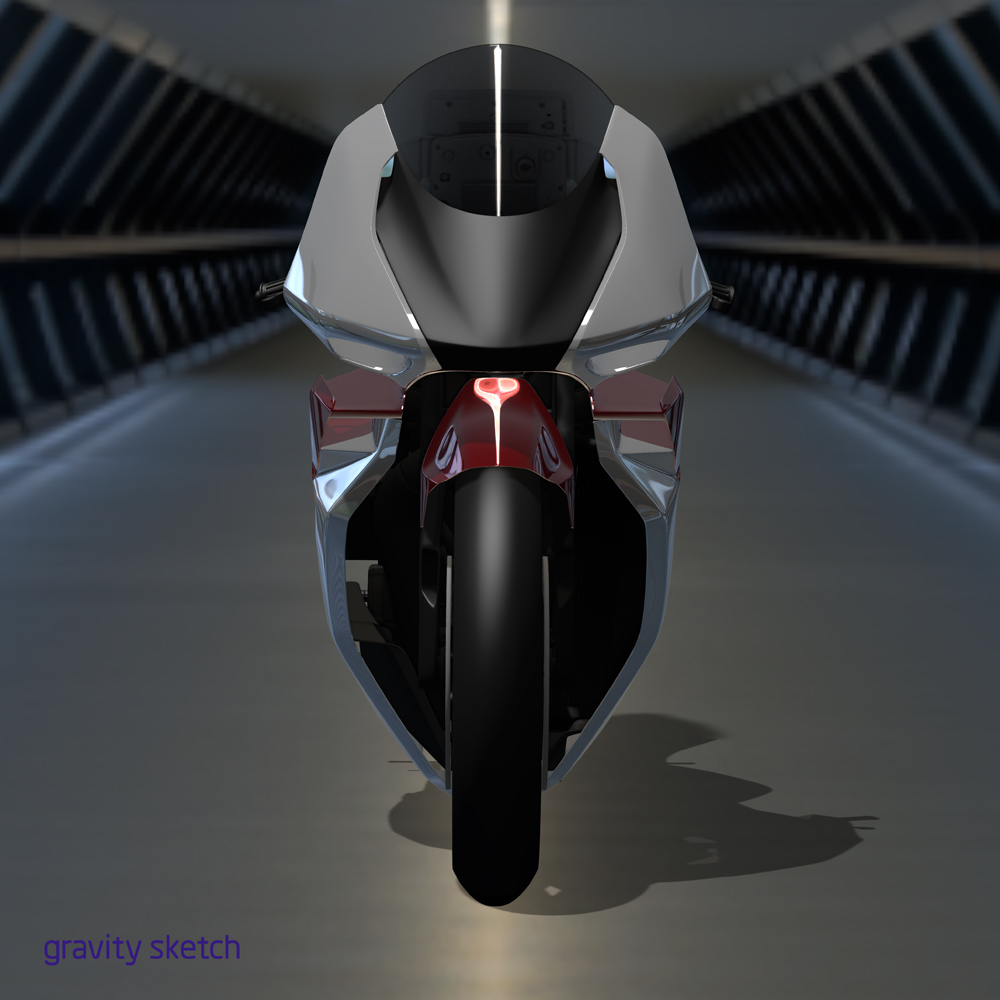 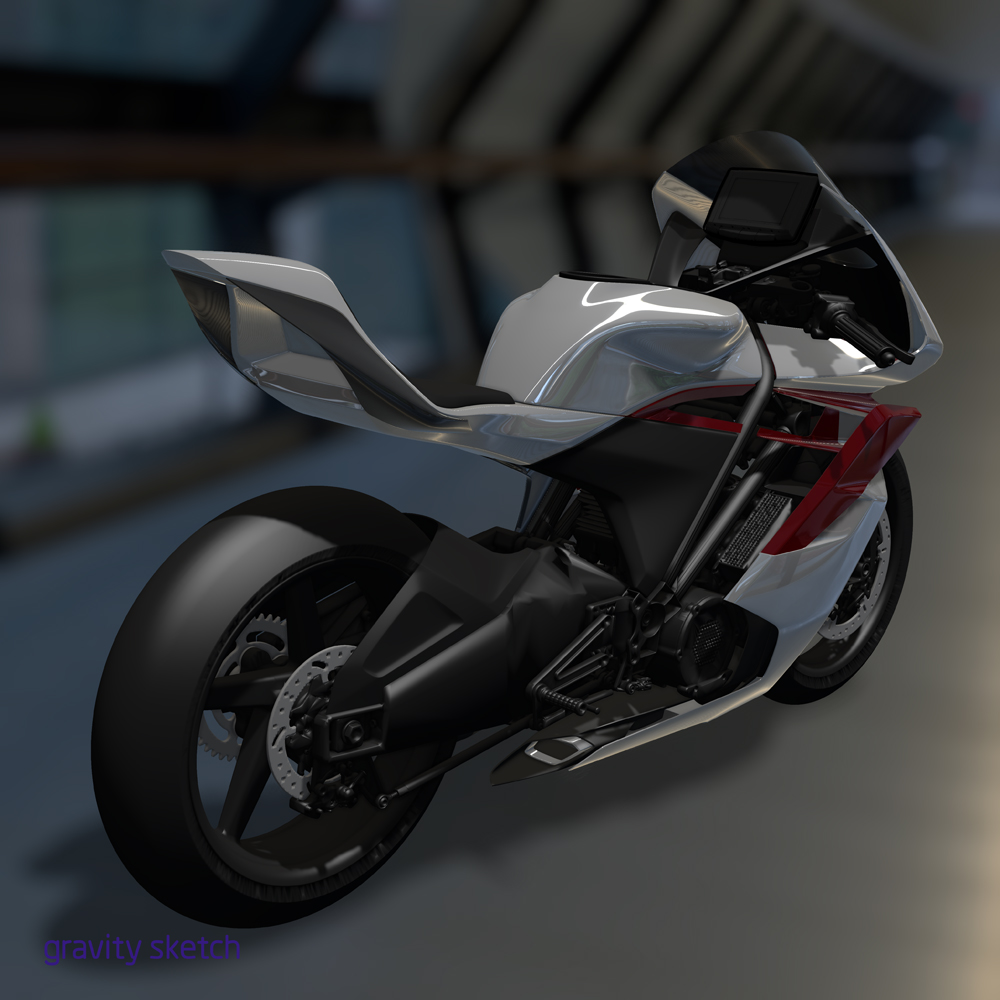 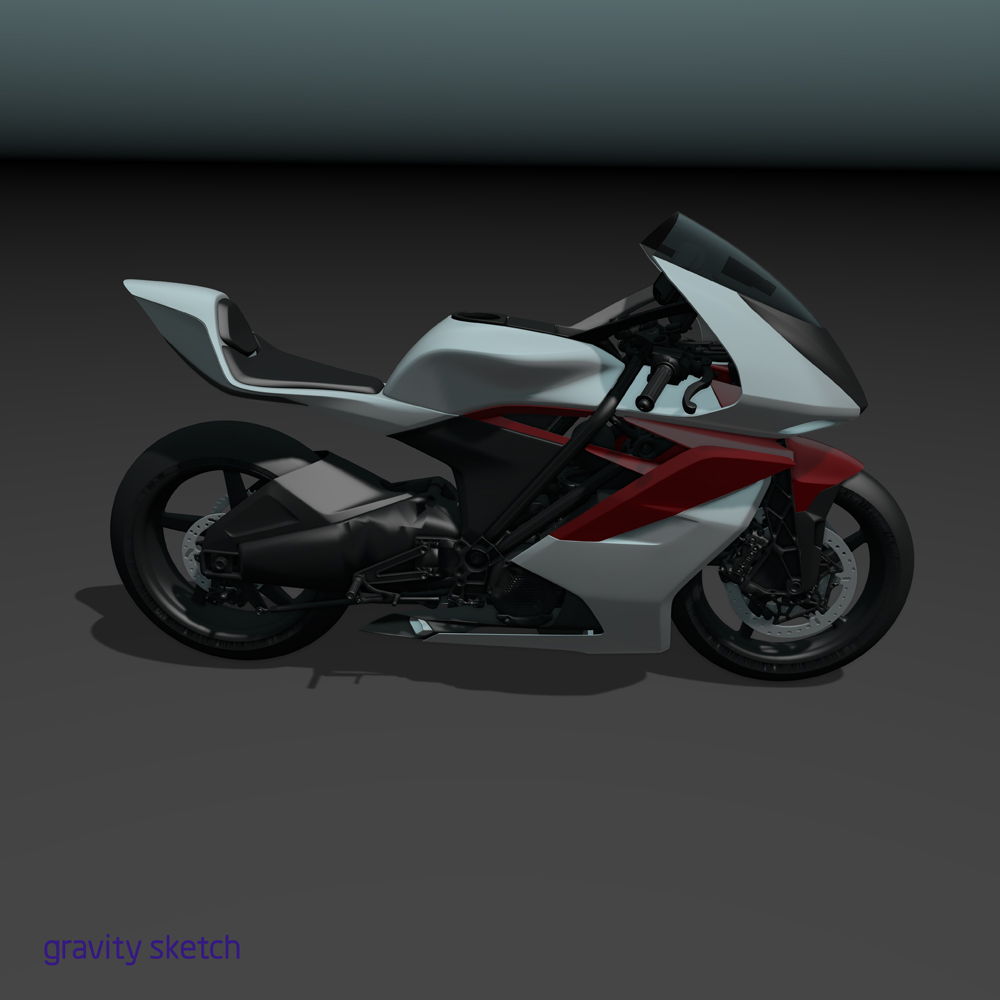 We use cookies on our website to give you the most relevant experience by remembering your preferences and repeat visits. By clicking “Accept”, you consent to the use of ALL the cookies.
Read more Cookie settingsACCEPT ALL REJECT